Dr. Meg Marino is a pediatrician and author. Her new children’s book, Chepecho and her Clippity Flappity Floppity Friends, will be released this Fall. It is a story teaching children how to love and accept those who are different. We sat down with Dr. Marino to hear more about her upcoming book.

What was the inspiration for the character, Chepecho?

Dr. Marino: It all started with a sculpture. I was traveling in Italy with my family last summer and we kept seeing this creature with hooves and wings and a fishtail appear in a lot of the art in Italy. I first noticed it in the Trevi Fountain in Rome and then I noticed it in a ton of sculptures and mosaics and paintings. Everywhere we went we saw it.

How did you come up with the name Chepecho?

Dr. Marino: I took the French, Italian and Spanish words for horse, fish, and bird and mashed them together to make Chepecho.

What made you want to write this children’s book?

Dr. Marino: While I was traveling last August, we kept seeing the news from back home and it seemed a wave of intolerance was overtaking the country.  I was really upset about it and started writing. Before I knew it I had a story about Chepecho, the creature that we kept seeing everywhere in Italy. Because Chepecho is a little bit like all of the animals, she is able to bring everyone together. She shows the other animals how similar they are. She teaches equality and empathy by showing that they shouldn’t be afraid of each other. I kept telling the story as we continued to see “Chepechos” all over. At first, I thought that this was just a fun story to tell. But then we went to the the Holocaust Museum, where I saw children’s books that were written by Nazi’s to teach children how to hate. I realized that this world needs more books that teach children how to love and accept those who are different. We need to find more ways to teach empathy, equality, and acceptance to children. Chepecho does just that. 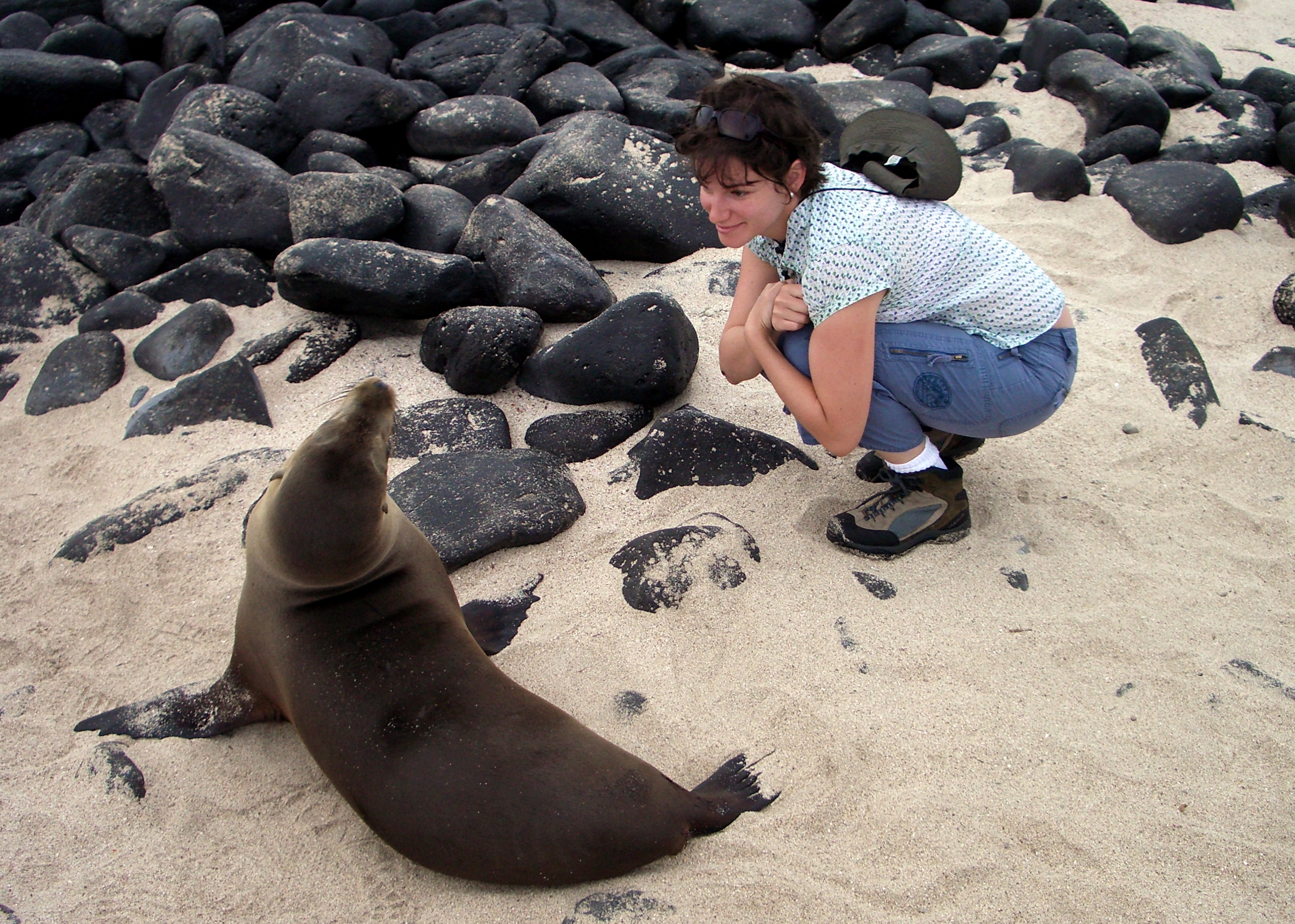 How did you decide on sea lions, horses and birds?

Dr. Marino: When I was visiting the Galapagos Islands in 2006, I remember seeing the birds, horses and sea lions all enjoying the same space on the beach but at different times.  I just kept wondering what it would be like if all the animals played together.  The sea lion puppies just wanted to play and chase everyone. It felt like the sea lion puppies wanted to play a game of tag with me.  They would chase me and it seemed like they wanted me to swim after them. Once I stopped following them they would start following me. It was incredible to watch them play. They were completely unafraid of me. It made me wonder what it would be like if none of the animals were afraid of each other, or of people.

Tell us about the songs you wrote for Chepecho.

Dr. Marino: Children learn through stories and songs. One day I was sitting in my kitchen, playing the ukulele and I started singing a song about Chepecho. I kept playing and singing and before I knew it, I had a few songs that told Chepecho’s story.  I am currently working on recording some songs that I wrote to help reinforce the lessons taught in the book.

Dr. Marino:  This is just the beginning of Chepecho’s adventures. Look for Chepecho’s next book about self-acceptance which teaches children how to embrace their own talents instead of comparing themselves to others. It will be published at the end of 2019.

What is Project Peace?

Project Peace is a part of Mayaseen publishing that translates their children’s books into other languages and then donates the books  to refugee children and children affected by war.  1000 copies of the initial printing of Chepecho and Her Clippity Flappity Floppity Friends will be distributed to children affected by war to help with reading programs. The book will soon be translated and printed in other languages and those books will be distributed as well to children affected by war.  I want to spread the message of accepting those who are different far and wide.  A portion of the proceeds from sale from this book will go on to support Project Peace in hopes of sending the lessons Chepecho teaches us about friendship and acceptance to all parts of the world.